The SKS is a Modern Warfare Marksman rifle that’s unlocked at tier level 31 in the Battle Pass. It’s very similar to the EBR-14, except it has a higher rate of fire, better mobility and control. Also it has a base 20 round magazine as compared to the EBR-14s base 15 round magazine. 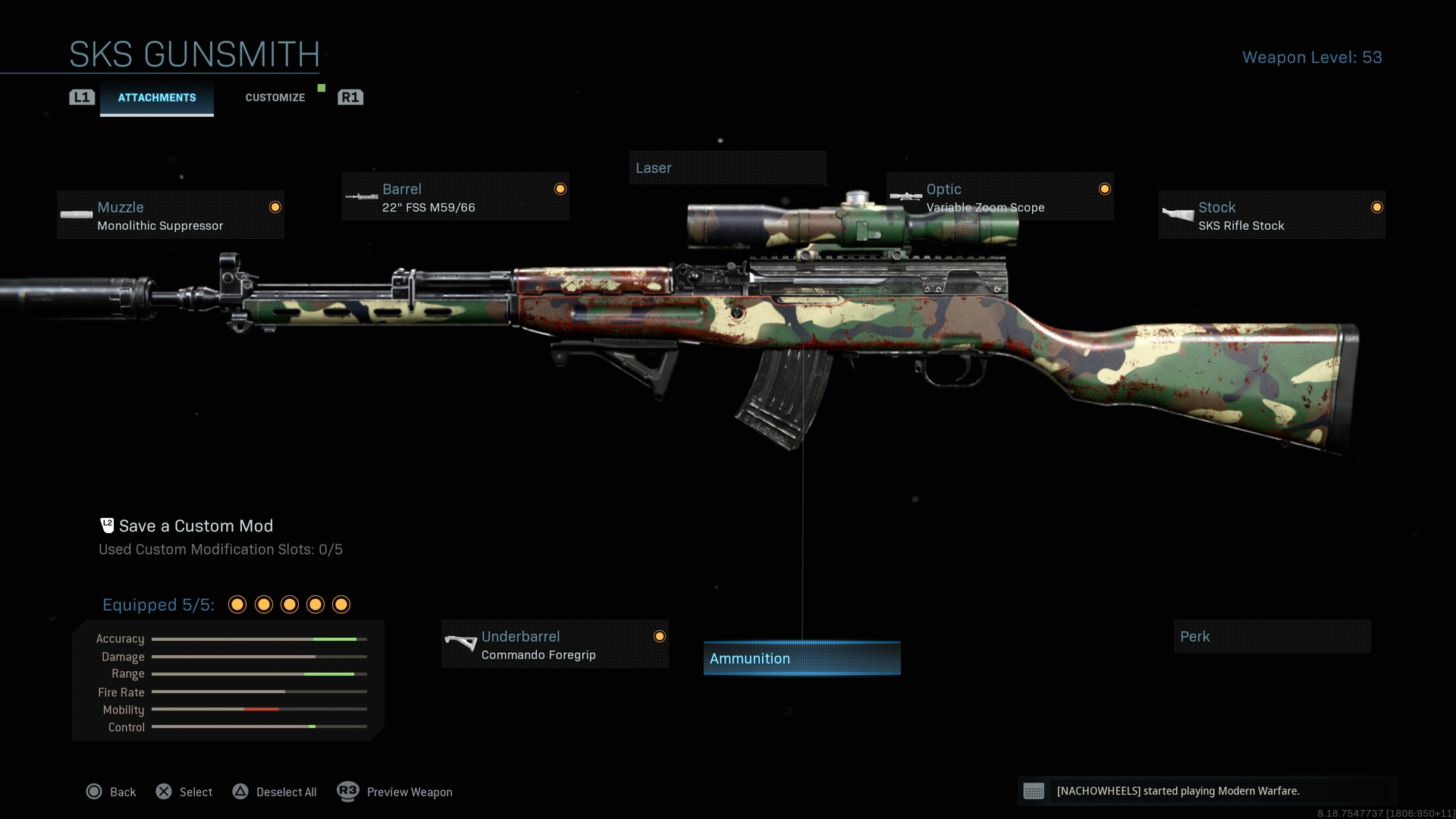 This is my sniping build, it’s still viable mid range with the 3.5x/8x variable scope, so the only secondary I run with it is a PILA rocket launcher.

No Ammunition, No Perk

My Class setup is PILA Launcher, Cold Blooded, Ghost, Shrapnel, Molotov Cocktail, Gas Grenade and a Munitions case as my Field Upgrade. This setup absolutely owns the airport tower or the prison towers… I have easily hit snipes out to 400+ meters. Paired with the surface to air PILA, people are going to be pissed at you from all the carnage you will be serving.