Ever since Twitch was bought by Amazon and because of some Disagreement between Amazon and Roku, Amazon has sent a cease and desist letter to every Roku Twitch app author. There has been a Official Twitch, Unofficial Twitch, Twitched and Twitched Lite, and TTV Stream. They’ve all been removed. The last one TTV Stream was the best out of all the apps, it had a ton of features and worked great. Even though the author had to remove it from the Roku app store, he has since switched to developing a Mixer app as Microsoft doesn’t seem to care if you watch their streams on a Roku. 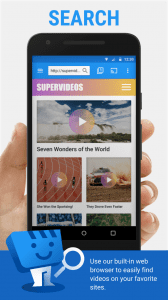 I have recently tried an app called Web Video Caster. They have an app for Android, Apple, and Whole bunch of Receiver apps for Smart TVs including Roku. You download the app to your phone, and it opens up what is basically a browser, you just browse to the Twitch.tv website and click on a streamer you want to watch. Then at the top of the Browser page is a connect icon and you can cast it to your Roku tv. It works pretty well, I had no issues running the app and I was still able to use my phone for other tasks with Web Video Caster running in the background. Again it’s not the most ideal way to do it, but right now it’s the best we have.

Give it a shot!