While I was building my new machine I took some snapshots as I was preparing the heatsink for the Phenom II X4 920.  I’m sure there are some folks out there that could use a small guide on how to properly apply heatsink grease to a heatsink.

The purpose of heatsink grease is to fill any small gaps, or unevenness between the heatsink and the cpu.  It’s works almost the same way as car wax does.  It fills in cracks and scratches in the clearcoat to give the appearance of a smooth surface.

In a perfect world you wouldn’t need heatsink grease at all, the heatsink mounting surface and cpu would be completely smooth.  Unfortunately this isnt’ a perfect world so a little work is needed to smooth out the surfaces.

On the past couple heatsinks I’ve purchased they’ve come with pre-applied “TIM”, thermal interface material, and it sucks.  It’s usually very tacky and anytime I’ve run it in my system and then went to remove the heatsink its yanked the cpu out of the socket along with it, sometimes bending cpu pins.  So that is usually the first thing I do, remove the tim. 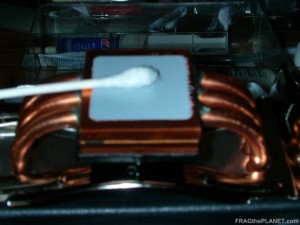 An old credit card works great at taking the stuff off.  Take a little isopropyl alcohol to it to clean it up and your ready for lapping. 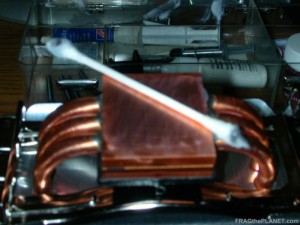 Lapping is basically just buffing the surface of the heatsink to get it as smooth as possible.  I used some very fine sandpaper I had lying around that I used when making models decades ago. 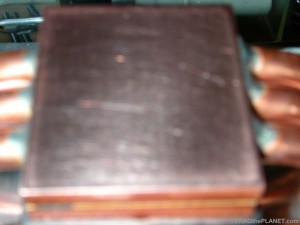 I wish my camera took better pictures but hopefully you can see the before and after pic of the heatsink.  It feels noticeably different.  I’ve seen some folks buff their heatsink to a mirror finish, but that is a ton of work.

Onto the cpu, you shouldn’t have to do to much to the processor out of the box.  I usually just wipe it down with some alcohol to make sure its nice and clean.

Now the trick to applying heatsink grease is to get as thin a layer as possible.  This ensures that as much metal as possible is touching, and thats what transfers heat.  Heatsink grease does not conduct heat as well as metal.

Put some small dabs on the processor, or heatsink whichever you prefer, and grab that old credit card again and smooth it out as much as possible. 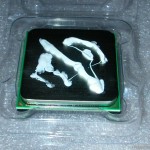 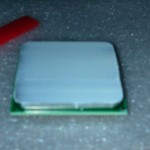 There you have it, take your cpu, install it into the socket and carefully install the heatsink. 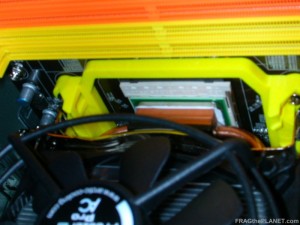