Another fighting game title from EA is set to hit the shelves in June of 2009.  The game is UFC Undisputed and I think it looks promising.  EA is known for making solid sport games and hopefully this one will deliver.  I am a huge fan of the Fight Night series and also am a huge fan of the UFC so this is right up my alley.  I really wish the fighting controls mirrored Fight Nights, FN’s control scheme took a little while to learn but once you did it was easy to master and felt very natural. 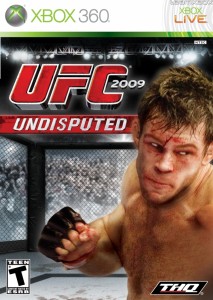 Here is a developer showing the controls and some standup in game footage.  Also Forrest Griffin on the cover, my favorite fighter, oh hell yes.