I was trying to play my new Call of Duty Advanced Warfare game on my PC with my old ps2 dual shock usb controller using the method I had described in my Emulate an Xbox 360 Controller post. However being that method is about 4 years old it wasn’t working for me with this new game. I do however have an extra PS4 controller lying around so I decided to see if I could get it to work on my PC.

It turns out you can, and it’s pretty easy and works great.

My PC is running Windows 7 64bit, other versions should work very similarly but I have not tested them.

Here are the steps I did to get my PS4 controller working on my PC. 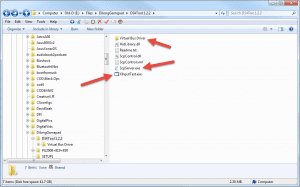