This won’t be an overly in-depth article, it’s really just a couple of paragraphs on my thoughts about my Asus N10J-A2.  If there is a certain benchmark or piece of software you’re interested in seeing on the N10J just leave me a comment and I’ll see If I can’t make it happen.  Back in Mid December my company purchased us a batch of new laptops.  We went from 15inch Toshiba Satellites to a 9inch Asus N10J Netbook. 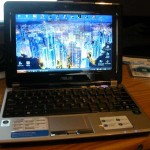 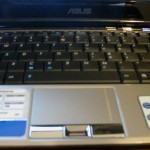 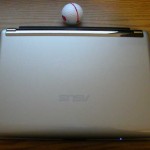 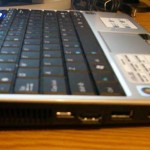 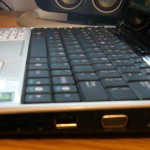 First Impression
The size of the Asus N10J is really amazing, it has a smaller footprint then a manilla folder and weighs in at just a few pounds.
My system specs are:

After using Vista for a week or so I was about ready to lose my mind.  Vista is utter garbage on this machine.  I don’t know what it is but the boot and shutdown times were ridiculous.  There were times when I would power up my machine and it would say, Loading, for 30 minutes or so.  I don’t think that is the N10J’s fault, I believe it to be Bill Gates fault.  I promptly went to my boss/network admin and told him I wanted to put XP on my machine.  He replied with a, No keep Vista, I replied with a, Nah I think I’ll put XP on instead, He further insisted I keep Vista, so I installed XP and dual boot into Vista when he’s around.  With XP on the N10J I’m happy as a clam, it really runs extremely well and I have not had a single crash yet.  Setting up the Native SATA driver was a bit of a hassle but with a little help from the folks over at N10User, I had it working in no time.

Battery Life
I’ll give the battery it’s own paragraph here because I’m really surprised at how long it lasts.  On this specific model I have the ability to turn off the 9300M video card and use the integrated Intel Graphics on the motherboard.  This is a great advantage and I have had this laptop on and running for 6 hours and still had about 30% juice left on it.

UPDATE
Someone mentioned they were glad I had some info about the battery life on this machine, so I figured I could go a bit more in depth, cause I’m awesome. For testing I charged the N10J up to 100%, unplugged it, powered it off and rebooted. I left it running for a bit then played around with it to find a screencasting program. Without further ado, here is the screencast showing current battery power after 2 hours of normal use on DC power.

UPDATE 2
I ran some Passmark Benchmarks at the request of a commenter. 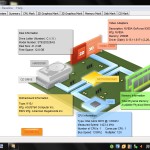 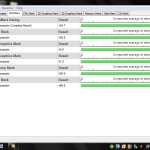 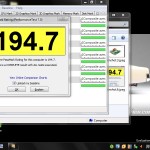 HD Playback
The N10J comes equipped with a HDMI and SPDIF out to allow HD playback on an external device.  I did hook this up to my 42inch 720P Panasonic Plasma, but was not very impressed with the quality.  I may just be spoiled but my ATI3870->HDMI->Plasma kicks the pants off the N10J.  The HD vids look great on the tiny screen though, and they run very smooth after a bit of tweaking and offloading to the 9300M GS.

Actual Daily Use
So far this netbook has really performed well for me, much better than the twice the size toshiba.  I do alot of firmware updating and schematic reading for the machines I service.  PDF reading on this netbook is a little on the tough side, you will definitely will have to use the zoom in/out feature and alot of scrolling, but it’s nothing that will deter me from enjoying the rest of the N10J.  The absence of a DVD drive can be annoying at times, but there’s not too much you can’t accomplish with a bootable usb stick.  My machine also came equipped with a webcam installed in the lid and a fingerprint scanner, both of which I use rarely if at all.

Final Thoughts
I believe my company spent somewhere in the neighborhood of $800 USD on our new netbooks, but I have seen the same system with 1GB of ram and a 160GB HDD go for less than $400USD.  There are really only a few issues I have with the N10J… Vista is crap, buy it with XP installed if you can, the absence of a DVD drive, and the Native resolution of 1024×600.  I can understand why they would’nt include a DVD drive, it would be almost impossible to fit one in such a small platform, but the weird resolution is a bit strange.  I’m not sure I understand why they couldn’t just make it 1024×768 and be done with it.  Many programs today won’t run at less then 1024×768 and gaming takes a bit of tweaking to get them to look right.  Only thing I can figure is that they got a honey of a deal on 1024×600 screens.  I think if you’re using the N10J as a work/play laptop you’ll be more then happy, but there’s no doubt in my mind I would never be able to use this as my main system.

Hope this article helped you in your future purchases, and if you have any questions or feedback please leave a comment.